The price of Bitcoin skyrocketed overnight, rising by nearly 40 percent from a recent low.

The sharp turn came as Chinese President Xi Jinping spoke highly of the decentralized technology on which the digital currency is founded, telling members of the Political Bureau of the Central Committee that the country should “seize the opportunity” of blockchain.

China banned cryptocurrency exchanges in 2017, and Xi’s comments are believed to be among his first to embrace blockchain technology so thoroughly.

The price of Bitcoin cracked $10,000 briefly Friday night, a symbolic but notable threshold the digital currency has not reached in over a month, at which point it had been enduring a steep sell-off.

Xi’s speech may have suggested to investors that a potentially expansive consumer base for cryptocurrency could begin to open, although other reporting has suggested that Bitcoin could instead face China as a competitor, rather than an open market.

Mu Changchun, a deputy director at the People’s Bank of China, said at an event sponsored by the China Finance 40 Forum in August that the country is “close” to releasing its own cryptocurrency. The bank has apparently been working on such technology since last year.

Bitcoin has had something of a volatile week, owed in large part to testimony delivered Wednesday by Facebook CEO Mark Zuckerberg, whose company is seeking to develop its own cryptocurrency: Libra.

Before the House Committee on Financial Services, Zuckerberg answered questions about his plans to develop Libra as a member of the Libra Association, a coalition of business which would oversee the currency.

In early October, a raft of association members, including Visa, Mastercard and eBay, announced they would be exiting the project. The Libra Association now reportedly has no major U.S. payment processor to work on the currency’s development.

During Wednesday’s hearing, after Representative Carolyn Maloney expressed concerns about criminals who could try to exploit Libra to conceal their identities and engage in financial wrongdoing, Zuckerberg tried to reassure her that Facebook would work to ensure strong protections in the technology.

“Yes, Congresswoman, I will commit that Facebook will do what you are saying. Our version of this, our wallet is going to have strong identity” requirements, Zuckerberg said, with the caveat that he couldn’t “sit here and speak for the whole independent Libra Association.”

Democrats on the committee were largely unsatisfied with Facebook’s promises, and analysts have suggested that their lack of enthusiasm may have cast a pall over cryptocurrencies more broadly, contributing to a major sell-off of Bitcoin Wednesday. The price sank to its lowest in five months. Increased regulatory scrutiny of Libra was largely credited for the decline.

However, recent events, such as Xi’s speech and a potential “short squeeze,” have reinvigorated interest in Bitcoin, even if the market for cryptocurrencies remains plagued with uncertainty. 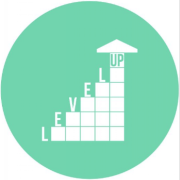